Inspired by our enduring unwritten philosophy, we believed, and continue to believe, that the ambience of elBulli was unique. 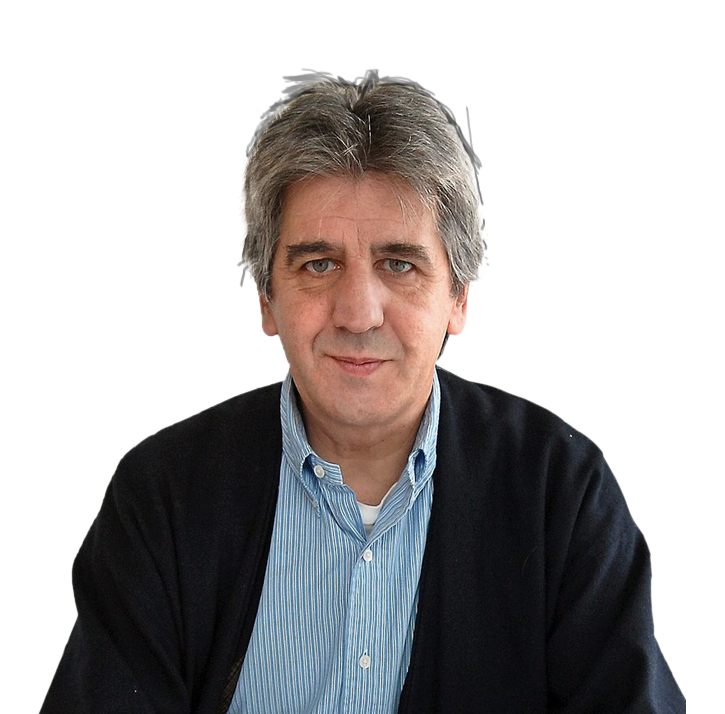 Juli Soler is born in Terrassa, Barcelona, the son of Paquita and Juli. His father, the maître d’hôtel in a small spa, instils in him a passion for good service and attention to guests, along with the importance of a good relationship with them in the dining room and during their stay at the hotel. Juli shares this passion with his father and spends every weekend at the spa assisting him. At the same time, he starts school in the Escuela Pia and later finishes his Business studies at the Escuela Cultura Práctica in Terrassa.

He enters the restaurant business at a very young age, working for Miquel Ristol, who employs him in 1962 as an assistant waiter at the Gran Casino de Terrassa. In 1963 he leaves home, finding employment as an assistant bartender in the prestigious Chalet del Golf in Puigcerdà. At only 14 years old, following the recommendation of the restaurant’s chef, Mr. Ferrer, Josep Julià employs him in the renowned Reno restaurant in Barcelona. A year later, after considering the possibility of working on a luxury cruise liner, he finally opts to participate in his parents’ new business venture, managing the works canteen of the Josa factory in Rubí, a manufacturer of electrical equipment.

Deciding not to continue his studies and uninterested in sport, Juli follows his principal interests of music and travel. Someone has to look after the music at parties, and so he becomes a club pioneer. Along with running two venues, he opens a record store called Transformer selling the R&B, soul and rock music that he imports, supplying new sounds and influencing and informing for more than a decade. In 1980 he closes the Transformer record store and decides to change his life.

In 1981, the owners of the Hacienda El Bulli, Marketta and Hans Schilling offer him the position of managing their establishment in Cala Montjoi. Juli accepts, undertaking beforehand to travel Europe dining at top restaurants to study the market. These trips help him to understand his role in the restaurant in his new endeavour. He also does a stage in a two-starred Michelin restaurant in Germany to get to know the internal workings of a type of restaurant unusual in Spain.

At that time, a table at elBulli was different from those in other restaurants throughout Spain. Even the cutlery, glassware and tableware were imported from Germany and were inspired by the great restaurants of the time, belonging to Alain Chapel, Jacques Pic and others. The table service, the attention to diners, and the way in which the restaurant was managed, were also based on these models.

…Doctor Schilling suggested I travel intensely for two months, visiting the best restaurants in France, Belgium and Germany. Upon my return, in mid-March 1981, I was ready to face my first season as manager.

… elBulli was a lovely place, getting there was an adventure, but thanks to the word of mouth recommendations of our customers, Germans, French and many Catalans came to try our cuisine, which, although very different from today, was already at the forefront of European trends. Jean-Paul Vinay’s menu was much more in the line of nouvelle cuisine, with slight influences from his hometown Lyon, and from the Michel Guérard restaurant, one of the last places he had worked. Added to all this was the superb quality of the products of our region: the best locally-grown vegetables, exquisite fish and seafood, etc. And then, of course, there was our philosophy, our desire above all, to provide the diner with pleasure, so that they would leave satisfied and happy. In fact, inspired by our enduring unwritten philosophy, we believed, and continue to do so, that the ambience of elBulli was unique.

From 1984, Juli’s path joins up with Ferran Adrià’s. Together they transform elBulli into a restaurant that becomes considered a reference in the world of haute cuisine.

elBullifoundation  is created, a private family-run foundation promoted by Ferran Adrià and Juli Soler. Juli Soler is the honorary president until he passes away.

In 2010, the idea of elBullifoundation is born from a desire to transform elBullirestaurante through a vision of the future that continues promoting innovation and creativity using the language of cuisine, leaving a legacy to society.

Married to Marta Sala. They have three children together, Panxo, Rita and Júlia.

…in addition to the many acknowledgements he received both in his lifetime and posthumously.

The efficiency, effectiveness and creative longevity of the elBulli model has attracted the attention of numerous business schools, which have carried out research and made case studies of Ferran Adrià and elBulli: Columbia, Harvard, ESADE Business School, IESE, Berkeley, London Business School, among others..

He is the co-author of more than 30 books (see annex).

SYNTHESIS OF THE ELBULLI DINNER SERVICE